Interest Rate Outlook for May 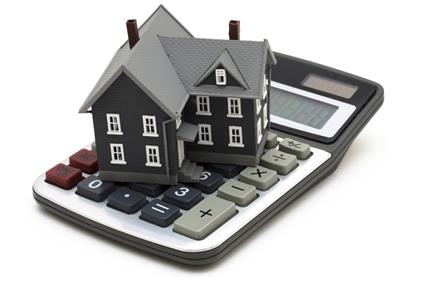 The New Zealand economy is cantering into winter with plenty of momentum, but it is the Auckland housing market that is galloping the fastest.

Barfoot and Thompson reported handling a record NZ$1.24 billion worth of sales in the 31 days of March, which would have generated more than NZ$1 million of commissions each day for the agency and its agents in Auckland.

The average house price across the Auckland region hit a record high NZ$776,729 and the 1,597 properties sold by Barfoot and Thompson in March was a record high and up 15% from a year ago.

Prices in Auckland are rising at double-digit rates on an annualised basis and there is little on the immediate horizon to suggest any slowdown. Net migration is at record highs, longer term fixed mortgage rates are still edging lower and employment and income growth continues to rollick along at over 3%.

Also, less than 8,000 housing consents were granted in Auckland in the last 12 months, which is below the 13,000 seen necessary to keep up with record net migration into Auckland, which is running at over 25,000 annually. The Government has estimated the shortage in Auckland is likely to be around 25,000 dwellings by the end of this year.

However, it's not all one-way traffic in Auckland's housing market.

The Reserve Bank of New Zealand is preparing to force banks to put aside more capital to back loans to rental property investors. That could force banks to charge higher interest rates to landlords than to owner-occupiers, although the jury is out on that because the banks will control how their extra costs are spread across their customers – not the Reserve Bank. They could choose to subsidise landlords by charging higher interest rates for business and other borrowers, just as they subsidise fixed rate lending by overcharging for floating rate lending.

This new capital rule could apply from as early as July 1. Those hoping for a relaxation of the Reserve Bank's other 'Macro-Prudential' tool – the high LVR speed limit – will also have to wait for a lot longer. Most think it will stay in place for the forseeable future.

One thing borrowers won't have to worry too much about though over the next couple of years is rising interest rates, at least according to the Reserve Bank's own forecasts for short term interest rates. It expects them not to change until at least the first quarter of 2017.

And the rest of the country?

Economic and housing market life outside of Auckland isn't quite so rosy. House price inflation in most places south and north of Auckland is running in low single digit territory, with some of the smaller provincial cities flat to lower.

Hopes that dairy prices would rebound were dashed in early April after two of the worst auctions in years. Demand from China has yet to recover and European dairy farmers were allowed to export their socks off from April 1 because of the end of export quotas. Russia's ban on European cheese imports has also freed up a lot of European milk to be dried into milk powder and exported into markets previously dominated by New Zealand.

Forestry-reliant regions such as Northland, the East Coast and Nelson/Marlborough are is also struggling because of a slow-down in construction sector in China, given many of New Zealand's logs are sawn up into boxing for setting concrete. This slowdown in China is also hitting Australia because iron ore prices have slumped to 10-year lows. The irony is that this Australian weakness is one of the factors driving the New Zealand dollar to almost parity with the Aussie dollar. That is great for households in the big cities planning shopping trips and winter holidays in Australia, but is tough for the regions and manufacturers.

The other irony of this strong New Zealand dollar -- it is also at record highs vs the euro -- helps drive down imported prices, which increases the chances the Reserve Bank may have to cut its Official Cash Rate (OCR). Governor Graeme Wheeler has also said he won't take Auckland's housing boom into account when making his OCR decisions, given he wants to use his other 'Macro-Prudential' tools to do that. So Auckland's hot market wouldn't stop a rate cut.

Auckland house prices are rollicking along at double-digit inflation rates, while the rest of the country is bumbling along at low single-digit rates.
• The Reserve Bank won't be hiking the OCR any time soon for either inflation or Auckland house price reasons. It may even cut the OCR later in 2015 if inflation keeps being surprisingly low.
• The Reserve Bank is preparing to change capital rules, which might increase interest rates slightly for rental property mortgages in mid to late 2015. It won't drop the high LVR speed limit any time soon.
• Fixed mortgage rates are low and falling because long term interest rates globally are being pushed lower by deflation and central bank money printing and bond buying.